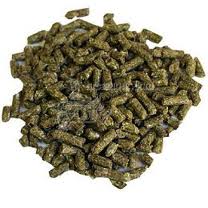 1.  Pellets daily, Hay at least bi-weekly.
2.  Clean water Daily
3. Clean housing - housing large enough for the rabbit to turn, hop, and stretch out comfortably and high enough that your rabbit can sit up and look around.
4. Monthly nail trims.
5. if your rabbit has bad teeth, weekly teeth trims.  NOTE: ONLY for rabbits with bad teeth

DO check out my links on Feeding, Housing, Breeding your rabbit.


Here's an interesting site with lots of information on it.  The Nature Trail.

A website Rabbit Smarties, which helps people learn about bunnies.

Hill Rise Rabbitry.    This site has a variety of helpful information on it.  :)

Pictures for Sexing Rabbits.  Jubilee Acres. RabbitNetwork.  Dutch Rabbits. Do note that some rabbits can be hard to sex.  Sometimes it's a matter of waiting a bit longer until they mature.  Some bunnies just mature later than others, and some are just rather small so much harder to see it all clearly....particularly if they have a lot of hair down there.   Experienced breeders make errors frequently enough, pet store folks make mistakes as well.   It's part and parcel of having rabbits.   I've been at rabbits show where mature meat rabbits were entered as one gender of rabbit, passed the first show and then in the second show were disqualified for being the wrong gender.     If this can happen with mature rabbits, think of how easy it is to have happen with baby rabbits. :)

Litter training your rabbit.    Here are the basics.  Bunnies, like cats, like to be clean.    Unlike a cat...the rabbit chooses where it's litter box should go.   99% of them will choose an area to do "their business in" and will eat and sleep elsewhere.   Start with a small area. Put newspaper EVERYWHERE.  Leave the rabbit in that cage/area for at least two days.   Let the rabbit choose it's corner to do "it's business in".    Remove all newspaper except in that  corner.  Put a litter box under the litter that's already been used.  Let the rabbit get used to hopping up into that corner to do its business.   Gradually expand the area of freedom and exploration.  Do not hurry this process.   Do know that if you don't spay or neuter your rabbit, that it will go through a time where it's is getting sexually mature...and like all teenagers...will be incredibly neglectful (in our eyes) of toiletting habits.  98% of the time once they "grow up" things will get back on track.    These next links will provide additional help.    I have a video below on litter training a rabbit as well, do watch it. :)

Do know that I do my best to get my rabbits used to having their feet handled.  I tend not to trim them until they are 3 months old.  Then for mini rex every 6 weeks and for all others every 8.   Some folks do them more often then that, but this is what I find works for me.  Does get their nails trimmed before they are due to give birth as well.  Fingernail clippers work just fine until they hit around 6 months when you'll want to get some good side clippers from your local pet store.   I found mine at Pet Smart for $11.


I do my best to get to know my babies.  If I think they would be best served having a cage mate, then that's what I'll recommend, but if they seem much like most of my rabbits and will like their own space, then don't feel pressured to buy two of them.   I'll sell you what you want, but do take my experience for what it is.  I've raised these littles.  I know their parents.  I've handled them daily.   Rabbits can and will do just fine on their own.  This is assuming that you spend time with them.  That you let them out to interact with the world around them.   That you don't just stick them in a cage and say YEP, I've got a rabbit!  Spend time with them. Let them be their own rabbity selves.

If you do get two....Get two of the same gender.  Plan if you get boys that you might have to neuter them before they mature (usually between 4-6 months) and keep those boys together ALL THE TIME.   Do know that girls once they mature can say "HEY!  GIVE ME MY OWN SPACE!"  They will do so by "going after" each other.     Easily solved by adding a cage divider OR increasing the amount of room they have and giving them some toys to play with, things to climb on and so forth.    Rabbits LOVE space.  They need to feel safe and secure.  They need it to give each other lots of room so they don't feel like they are being crowded.

If you have a dominant female rabbit at home carefully oh so carefully consider what type of companion you'd like to offer her.   Preferrably get a small buck.  Neuter him (or spay her) and let them run together three weeks after surgery has been completed.   For older does...boys work better, because once that little rabbit starts to mature girls can have (not necessarily will have, but can have issues) with each other about needing their own digs.  OR once again...increase that cage size and add some toys.   Space makes a HUGE world of difference.    The more room the merrier all will be.

Do know that if you buy a bunny from me (or two) and need to rehome it for whatever reason, I will take that bunny back.  I want my bunnies going to pet homes (as much as possible) and have been fairly successful at rehoming adult bunnies.  So make a wise decision.  Get a nice bunny or two. :)   And know that one way or the other your bunny will have a good home.

Giving your Rabbit a bath.

Rabbit Behaviour and understanding it

I often hear concerns from people about rabbits growling at them or nipping them or whatever.  Makes me wonder ... what are they doing to their rabbits?  Not the growlers...but the nipping and scratching at them?  Some rabbits are just growlers... just like some people are rather growly.

Here is an excellent site to help you understand your bunny better.  It's called the Language of Lagomorphs.  he has a new site.  find it here.   Lagomorphs is official speak for rabbits.  This next paragraph is part of the author's introduction to this site:

Being able to speak and understand Rabbit requires that you learn to think at least a little like a rabbit. Your rabbit will never learn to understand many of the mysterious things you do ("Why the heck did she just change into three different outfits before leaving for work?"), but you can certainly understand why rabbits do what they do. You'll be pretty close to the truth if you think of rabbits as being from a society very different from your own, with different priorities, goals, important lessons, and gestures. Learning Rabbit is in some ways like human cultural studies, but of course the subject individuals have much longer ears.

Teach your rabbit NOT to bite!    click here for an helpful article.